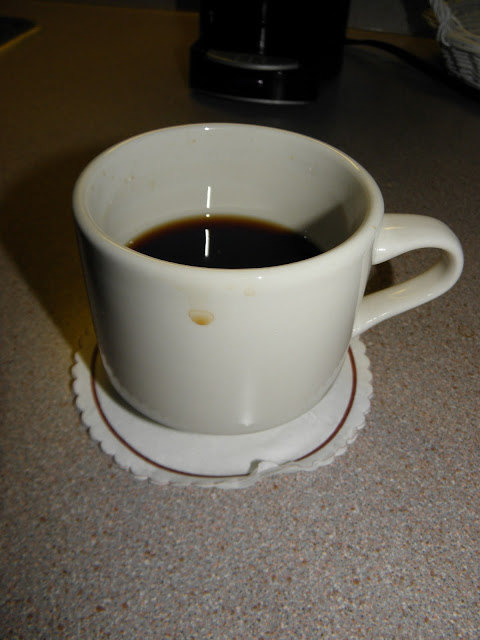 MUG: A dinner service stoneware mug made by Onieda. Reminded me of the cups they used to use at church when I was growing up. Rugged and unremarkable.

NOTES: This was made using the CV1 in-room coffee maker at the Crowne Plaza Suites hotel in North Dallas. While it left me wanting for some good coffee, it was the best of the coffee packet coffees I've had the misfortune to try. The coffee was perhaps both fresher and of higher quality than what I have been experiencing. It was also of sufficient quantity in the packet to achieve some quality in the cup. Interestingly, the tray that holds the coffee packet is disposable, and comes in the sealed single-serving package. Fox Sports announcer Joe Buck is happy to tell you all about it. 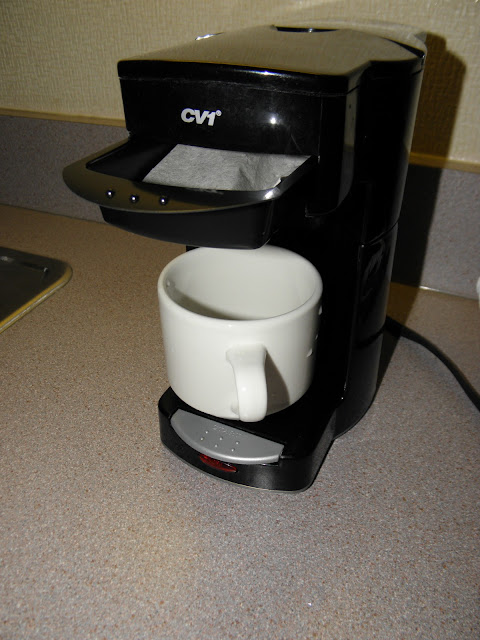 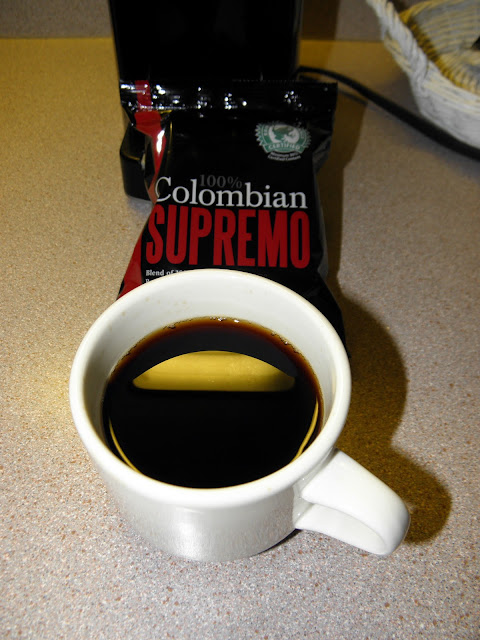 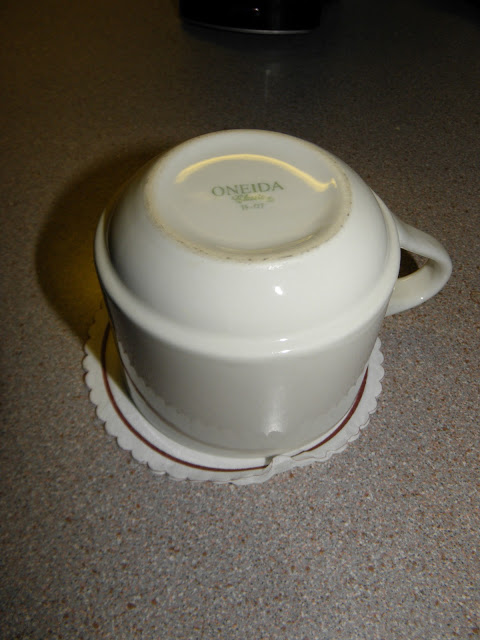 The cups do have a nice feature to allow them to be stacked six high.
Posted by PM Summer at 3:32 PM No comments: 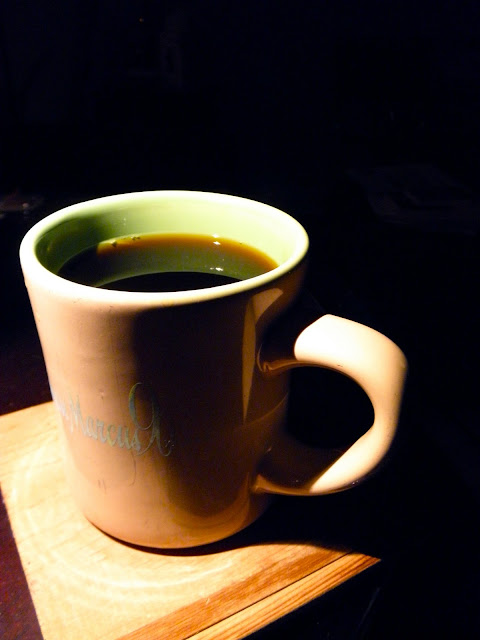 NOTES: We have two of these mugs. The second mug has a different color scheme (pale rose exterior, paler green interior). My wife takes great comfort in having her coffee served to her in bed every Sunday morning (along with the Sunday paper before getting up for church) in the rose-colored cup, while I sit in the living room, using the tan. It's the only time we use these mugs, and we use them that way every Sunday... for the last fourteen years.
Posted by PM Summer at 8:33 AM 2 comments:

MUG: Identical in construction to the DeLuxe fruitcake mug shown in the previous post.

COFFEE: I ran out of good coffee (Barrett's Colombian and the Peruvian Especial from Anderson's), and I refuse to burn three gallons of high-test gasoline to go into Sodom-On-The-Colorado for good coffee, so I resorted yet again to H.E.B.'s Café Olé Colombian Medium Roast beans. Burned as if in the fires of Hell. Proverbs, 26:11.

NOTES: To commemorate Central Texas' Hottest Summer In Recorded History, I had this mug made (err, decorated).

The image is from a 15th Century illuminated manuscript devotional, "The Hours of Catherine of Cleves", and shows a page from the Matins Office dedicated to praying for the souls of the dead in torment in Purgatory (who are having their sins cleansed by fire while awaiting release... Indulgences anyone?).

I can relate.
Posted by PM Summer at 6:30 AM No comments: