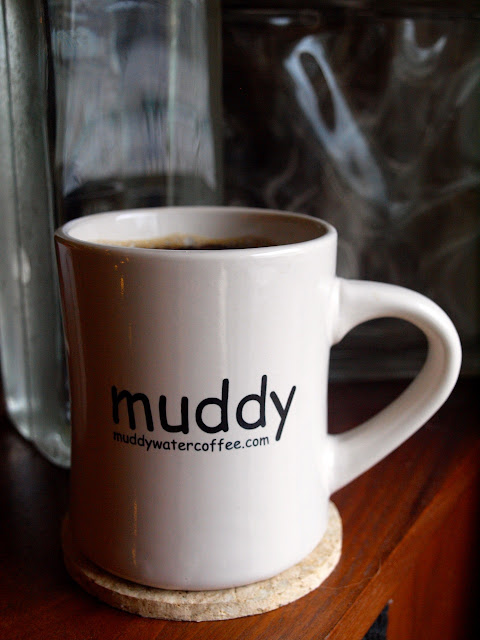 MUG: Promotional diner-style mug from Muddy Water Coffee in Minnesota. Country of origin unknown, but probably China. Heavy ceramic with the slightly concave barrel design that defines this style of mug. The two-finger handle combines with the concave shape to create a great two-handed mug. Suitable to use with gloves.

NOTES: I bought this mug for two reasons. The secondary reason is a result of my preference for a strong light roast coffee. Light roast brews are 'browner' than darker roasts. The contents of the morning mug (especially when it has cooled a bit) is distinctly 'muddy water' looking.

My primary motivation however was my maternal grandmother, Peggy Louise Porter. Her family nickname (after my mother was born) was 'Little Mother', while her matriarchal mother was called 'Big Mother'. My older brother came along just prior to WWII, and as my father went off to defend America from the real threat of a Japanese invasion of Alaska, my mother and brother moved in with my grandmother. As he began to speak, my brother couldn't quite pronounce 'Little Mother', instead saying a name that sounded like 'Muddy'. It stuck.

Muddy was a remarkable woman whose full story died with her. Suffice it to say that the names Sheriff Bill Decker, Bonnie Parker, Clyde Barrow, and Stanley Marcus were all intertwined in her life.
Posted by PM Summer at 9:24 AM No comments: 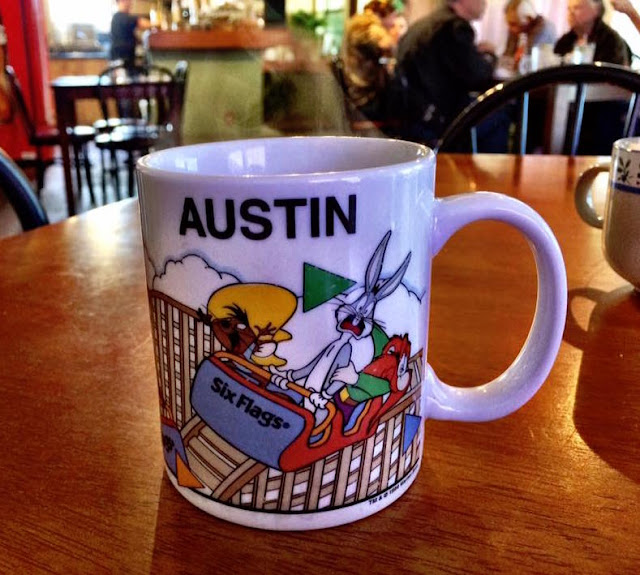 NOTES: This is what I look like when I have to drive into Austin, Texas.
Posted by PM Summer at 7:22 AM No comments:

Joy to the World. 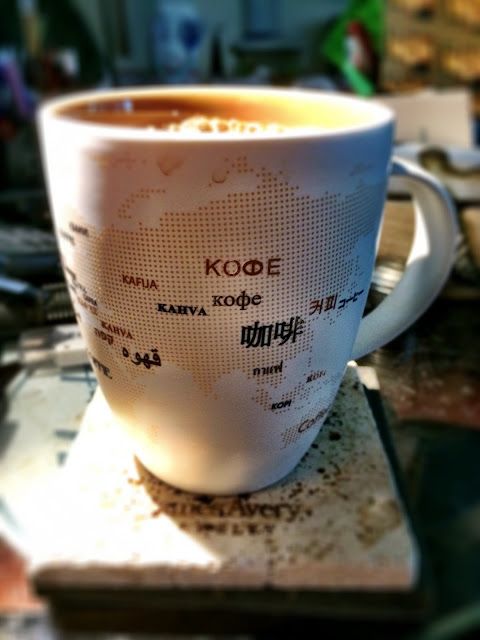 MUG: A conical sipper from World Market, made in Thailand. Nice shape, with an excellent handle. Two-tone (cream-colored exterior, cafe au lait-colored interior), with an earth-tone decoration of a map showing the coffee producing (and consuming) regions of the world with the local spellings for the word 'coffee'.

NOTES: Happy New Year!
Posted by PM Summer at 9:54 AM No comments: