Where do you draw the line?

MUG: A two-dimensional rendering of a barrel-style mug, done on a 'magic erase' drawing pad I got for my two-year old granddaughter for a buck at Target.

NOTES: I used to draw.

Interestingly, below is a picture of my grandson showing off his artwork of a steaming mug of tea at the elementary school district art show. 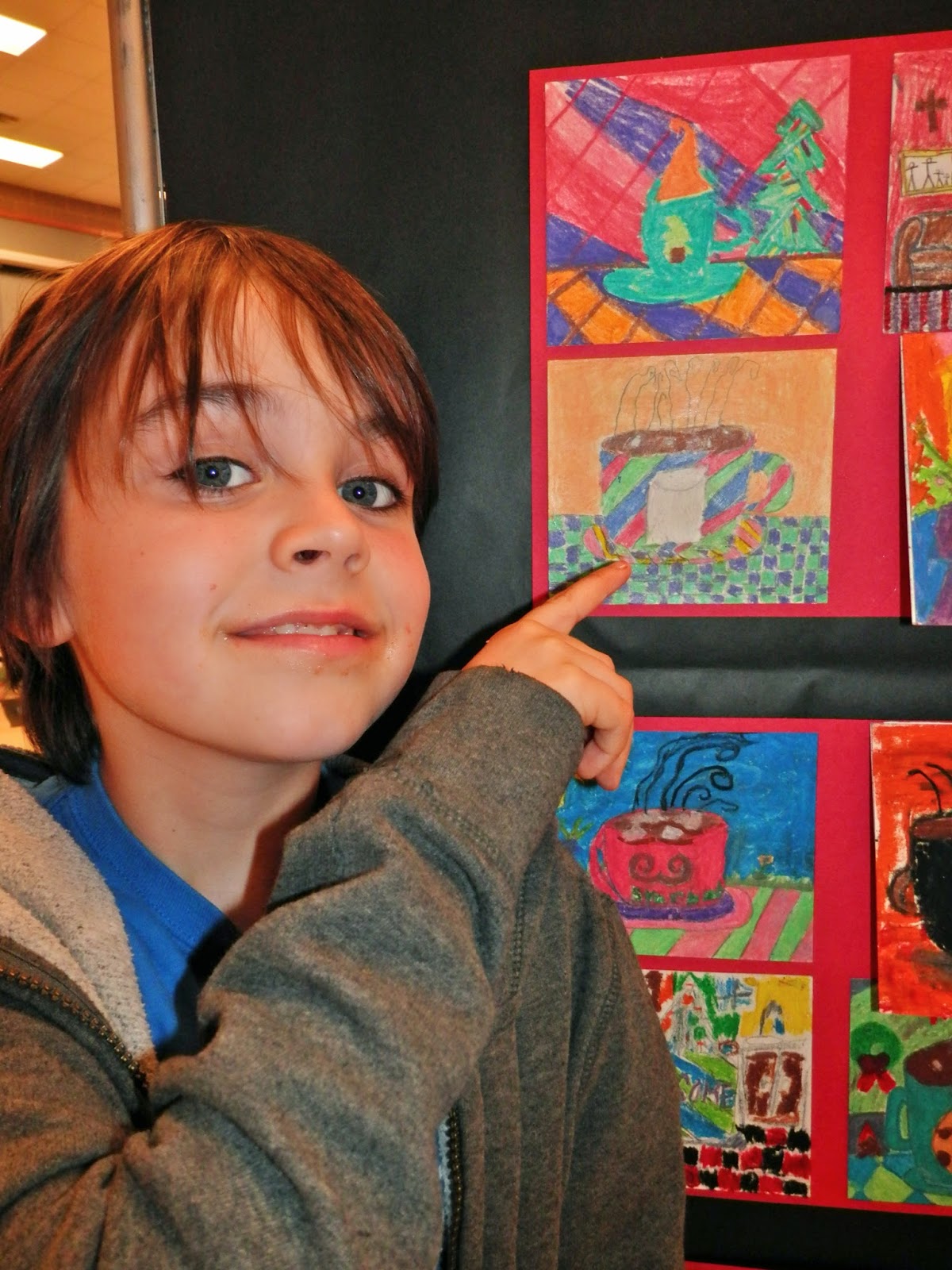 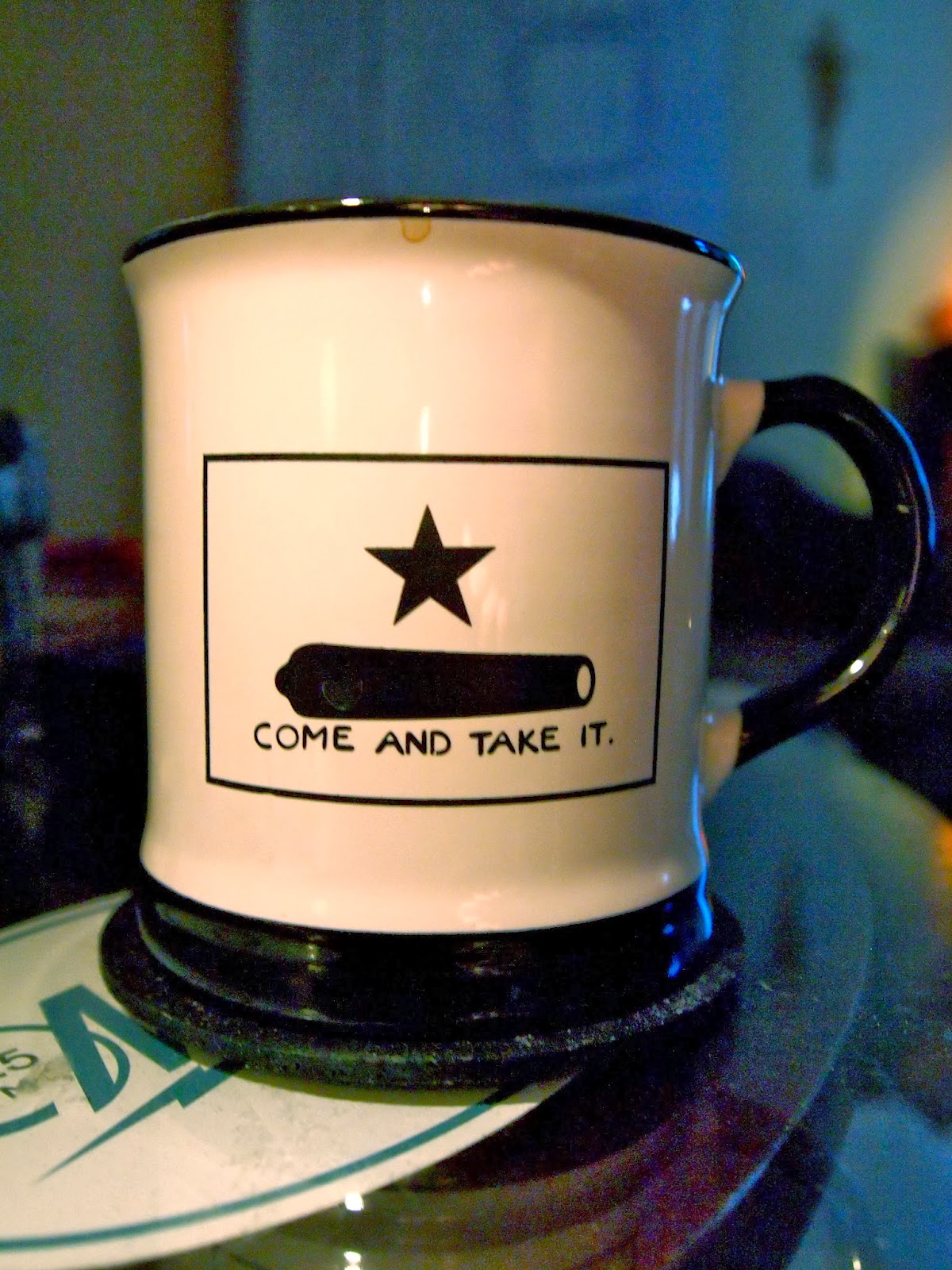 MUG: A gift from the Bob Bullock State History Museum (don't bother to ask, "Which state?"). Chinese-made, with a black-trimmed lipped rim and foot. Sort of a Neo-Classical design, but it drinks well.

COFFEE: Brazilian Carmo de Minas Fezenda Sertão, Micro Lot 2. As most of my coffees are lately, this one was roasted at the Westgate Central Market. I like the good Brazilian coffees quite a bit. As the world's largest exporter of coffee beans, they produce a lot of crap beans for crap coffee as well, and the superior beans are a bit rarer in the marketplace.

NOTES: The mug was given to me by a dear friend who who made a decision to move away. Sort of a "piece offering"... as was the event the mug commemorates.
Posted by PM Summer at 8:20 AM No comments: