Hands up! Bottoms up! Merry Christmas! 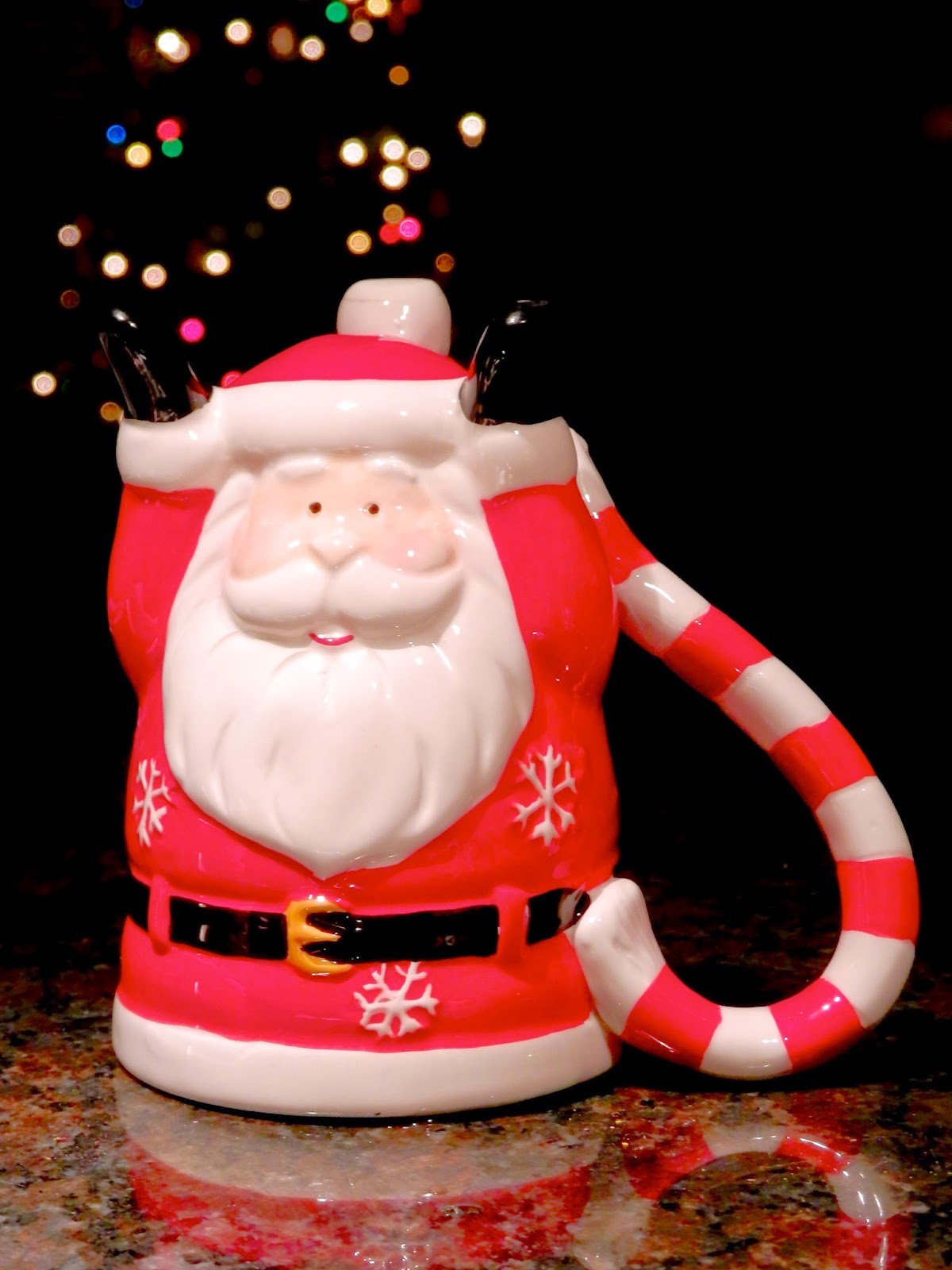 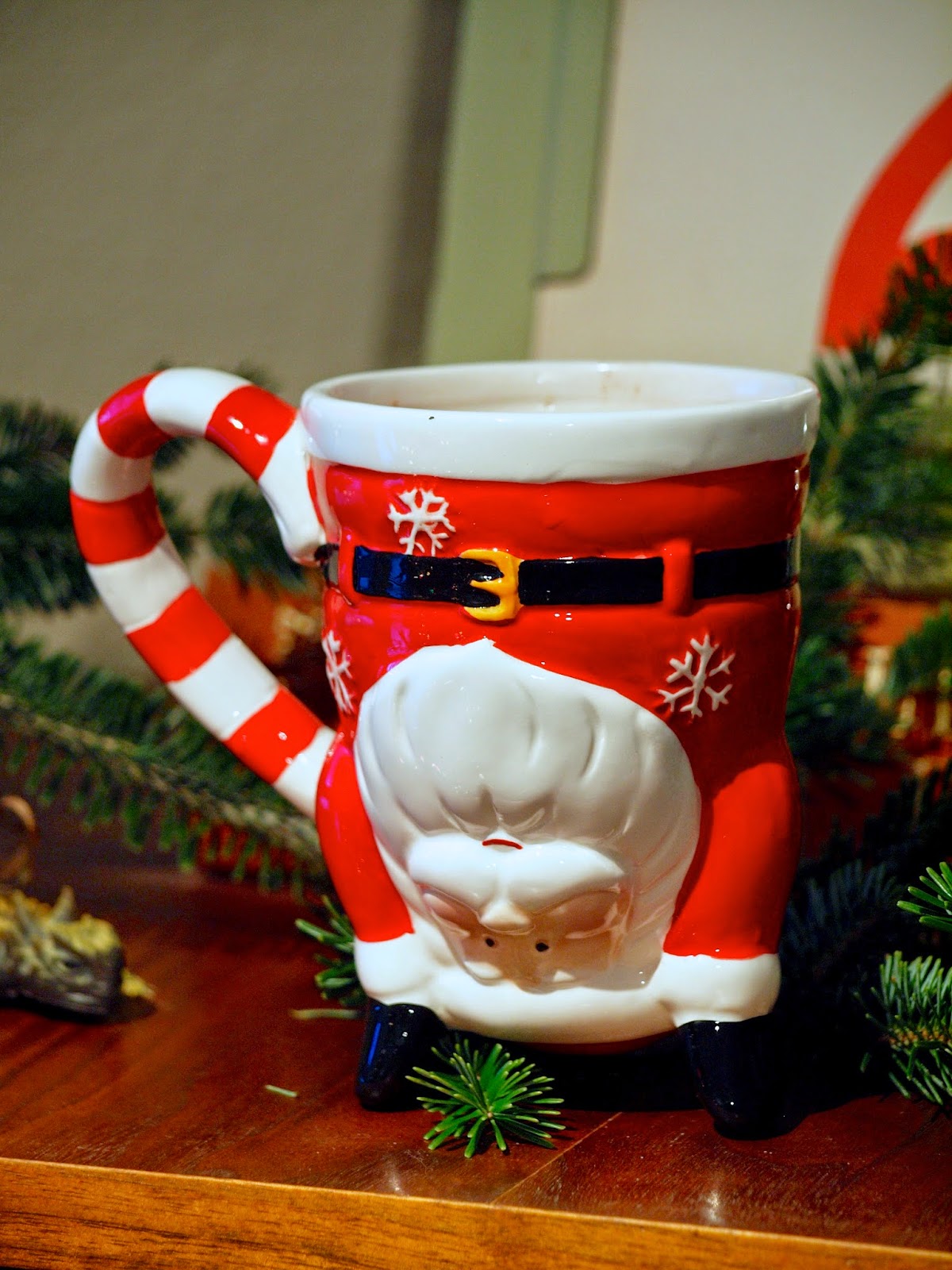 MUG: A Christmas novelty mug I found at HEB+. Chinese-made, there were also reindeer and Santa boots models available (I passed on those). Surprisingly easy to grip with the giant candy cane handle, and stable on its three-point support (two hands and a cap tip).

HOT COCOA: Hot Cow Cow double dark chocolate cocoa from McSteven's Cocoa of Vancouver, Washington. I found this at Central Market. Very rich, and priced for the same. The packaging oddly has a cow with the state of Texas on it. No explanation.

NOTES: Speaking of "stable...(and) three-point support." In a stable, the Creator of the Universe (as the second person of the Trinity) became like us so that we can become like him... if we just surrender to his good news.

Hands up! Merry Christmas!
Posted by PM Summer at 8:39 AM No comments:

MUG: Chinese-made 'Holiday' mug from a company called TAG, via Central Market. Pretty good 'drinker', with a manly handle (three fingers) and a slight lip for a good 'mug kiss' (lip to lip).

NOTES: Even though I'd already gotten my annual 'Christmas Mug' (not yet featured), I saw this last night and decided it fit a current event, and therefore needed to be shared here. The backside of the mug shows what appears to be a British Austin A35 automobile laboring beneath a Christmas Tree. The A35 was followed by the Austin/Morris Mini.

I drive a MINI R55, and fetched my tree in much the same way two days ago, which made spirits bright in the Summer Home.