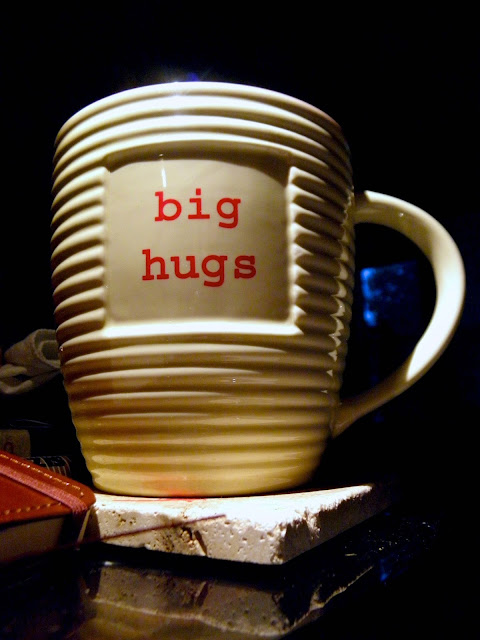 MUG: 20 ounce latte mug, made in Chine for/by The Old Pottery Company. This massive mug is off-white, with a deep red interior glaze. The exterior is ribbed horizontally, which makes a nice catchment feature for dribbles.

NOTES: I took on part-time work a couple of years ago for the dual purpose of relieving retirement-induced boredom and financial stress. I went to work for James Avery Craftsman (now known as James Avery Jewelry). I chanced into a wonderful environment, but more importantly, a wonderful team of (by my standards) young people, completely devoid of the sullen, entitled Austin worker so common in retail and restaurant fields in the region.

The drive into Sodom-On-The-Colorado was gruesome (a combination of over-taxed roadways, poorly-designed-by-design highways, and DUI drivers) and began taking an unexpected toll on my well-being. An opportunity came to follow my manager and transfer to another store, one that was closer to home, and in the opposite direction of Waterloo. A third fewer miles and less than half the driving time.

In my life, I have worked for (at times over-lapping) United Artists, Presidio Enterprises, The University of Texas, Texas Education Agency, three ad agencies, the Episcopal Diocese of Dallas, and The City of Dallas. I have never worked with a team I cared so much for as the team I left behind in the Barton Creek Square James Avery store. The featured mega-mug (along with a leather journal, some chocolates, some chipotle peanuts, and some beef jerky) was part of a gift basket given to me on my last day. I had to shift into 'stoicism mode' to keep from showing a level of emotion that might be seen as 'un-German'. 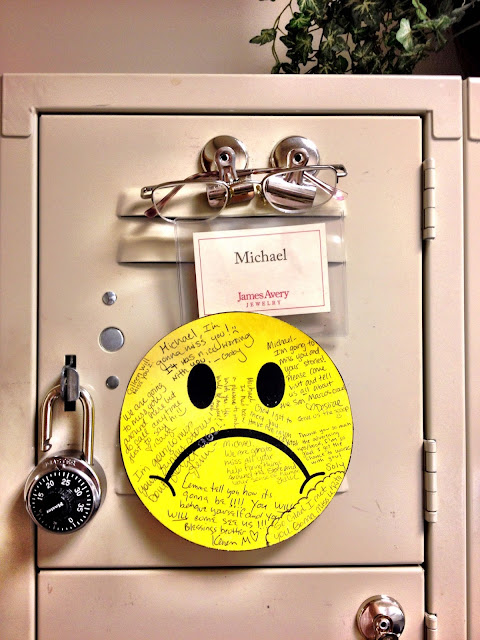 Into the heart of darkness. 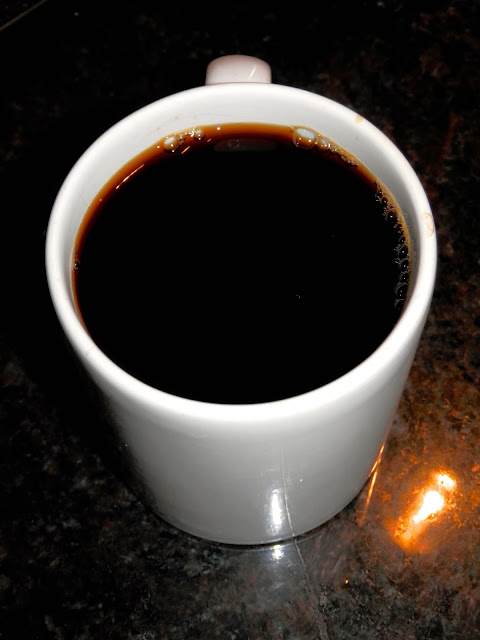 NOTES: June began with a coffee shortage at Casa Verano. Just as I was contemplating how to arrange a trip to secure some magic beans, a friend who's husband manages a Starbucks offered me a bag of their Ethiopian beans. Drinkable. Black. Better as an iced coffee base, this coffee carried me for two days until I could make the trip to Central Market (a day earlier than hoped). Central Market is only on the 'edge' of darkness.

It's not the dark I find disagreeable, it's the burn. The kindness remains very much appreciated, nonetheless. Far better than any HEB-available emergency coffee.
Posted by PM Summer at 7:19 AM No comments: