The cup from Hell 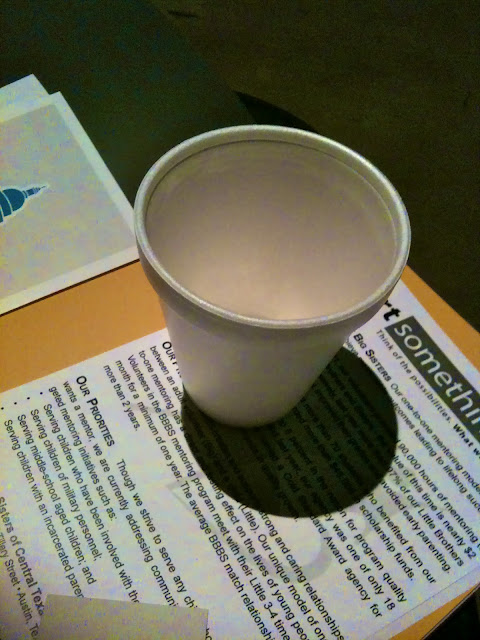 MUG: Styrofoam cup, the most evil of all coffee serving utensils.

COMMENTS: I attended a conference at Austin Stone Church today, where this coffee was kindly served... but in the evil Styrofoam cups. 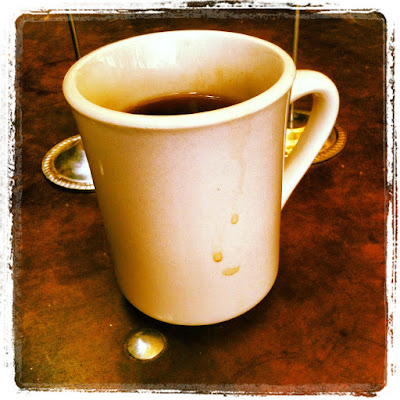 MUG: Restaurant service china. Place of manufacture uncertain (China?). "Since 1847" it says on the bottom. A perfectly fine commercial utensil.

COFFEE: Costa Rican medium roast. Brewed strong and served fresh, this was an enjoyable cup of coffee. Nothing great, but being simply enjoyably good is too often a surprise. Pleasant company allowed for appreciative consumption.

NOTES: Served at the Cafe Brazil in Houston on Dunlavy @ Westheimer. The nearest place to The Menil Collection to get a meal and/or a cup of coffee (not counting the Cafe To Go at the big, hip H.E.B. on Dunlavy at Alabama). This will soon change, as The Menil Collection has decided to add a café to their collection... perhaps in the de-consecrated Byzantine Frescoless Chapel?

MUG: Starbucks Grande mug. This is what I guess is a 'bistro' style. Holds a lot. Good handle, with an embossed G for a thumb grip. There's an embossed Starbucks siren on the right hand drinker face as well.

NOTES: Dumb me. Starbucks coffee is dramatically improved by having it served in a ceramic mug as opposed to a paper cup. The request does send a shock through the coffee server. If you are drinking in, never let them serve your coffee in a paper cup.

- Posted using BlogPress from my iPhone
Posted by PM Summer at 7:10 AM 1 comment: 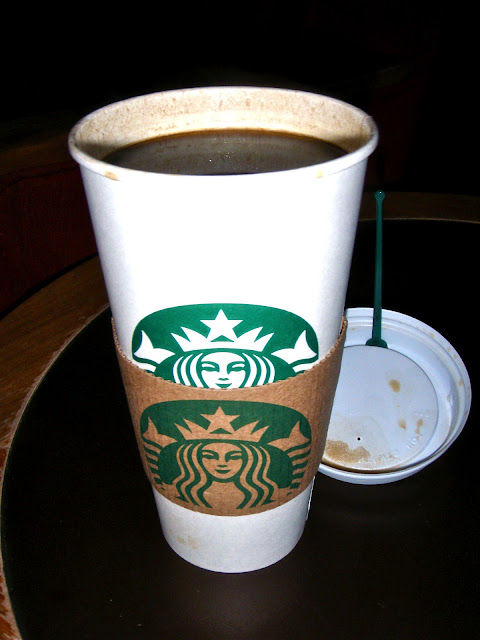 MUG: Starbucks paper cup, Vente-sized. It's a paper cup... with a peculiar little green plastic plug to tell me it's hot(?).

COFFEE: Pike Place Roast, fresh ground fresh French-pressed. Should have been served in the press with a ceramic cup. Might have made it better. Getting them to make me a french press coffee was difficult enough.

NOTES: The mediocrity of my coffee exile continues. Granted, the adjacent Starbucks does serve better coffee (and plays better music) than the 'Deluxe Gourmet' coffee in the airpots at the Holiday Inn I'm staying in (which isn't really bad coffee for a hotel free breakfast kind of thing). One more day.
Posted by PM Summer at 9:45 AM 1 comment: 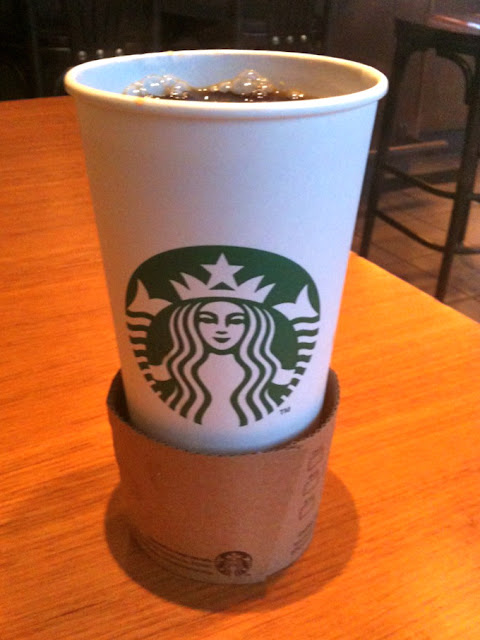 COFFEE: Starbucks Veranda Blonde Roast. "Now with less burnt!" Not a lot to recommend it, but that it doesn't taste burnt. Continues Starbucks weakened coffee trend.

NOTES: Living on the road my friend, was gonna keep you free and clean. Now you wear your skin like ice, and your breath's as hard as kerosene.


- Posted using BlogPress from my iPhone
Posted by PM Summer at 7:56 AM No comments: 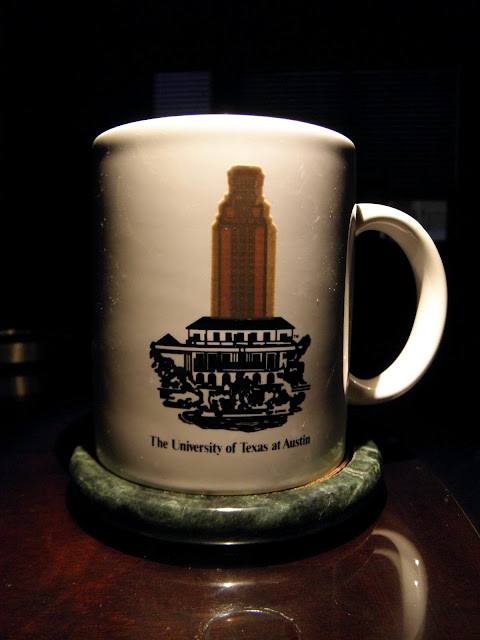 MUG: Novelty mug of unknown manufacture, featuring the UT Tower. The mug is generic in shape, size, material, but features a disappearing/appearing graphic feature. In theory, you pour in a hot liquid, and the tower lights up orange (as the tower does after a UT victory on the gridiron, or a national championship in some less important sport). Oddly, when at room temperature, this mug displays the tower sheathed in a poo-colored mantle.

NOTES: This novelty mug commemorates the Main Building of the University of Texas at Austin.


The 307-foot tall UT Austin Tower, designed by Paul Cret of Philadelphia, was completed in 1937. Through the years, the Tower has served as the University's most distinguishing landmark and as a symbol of academic excellence and personal opportunity.

The observation deck of the UT Tower offers a spectacular view of the UT Campus and the Austin area in all directions. Thanks to the cooperative effort of students, staff, and the University administration, the observation deck has recently been remodeled and reopened to the public for the first time in nearly three decades. As a part of the renovation process, persons with disabilities now also have access to this monumental view.

The tower has notoriously been the site of many deaths over the years. Distraught sophomores used to leap from the observation deck to their death. I horrifically had one such student-suicide occur as I was sitting on a bench beneath the tower having lunch one day. Luckily, for me, he landed around the corner from where I was seated. The observation deck was closed soon after.

Charles Whitman used the observation deck during his sniper-murder spree. My proposal in an art competition, to commemorate those who died that day, was to embed white marble outlines of their bodies around the campus where they fell. Strangely, it was rejected by the selection committee. Poo on them. 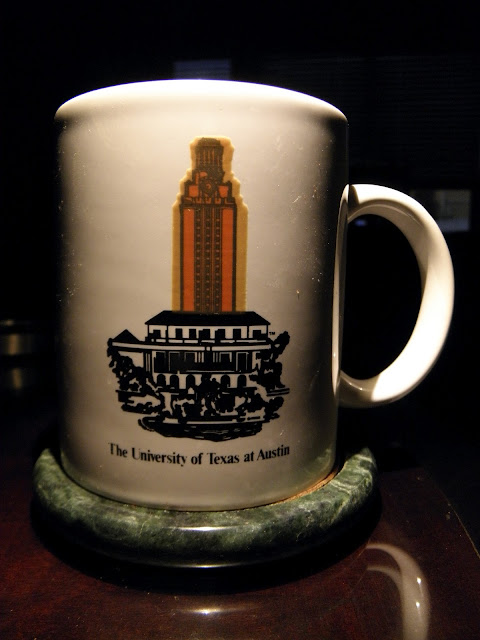