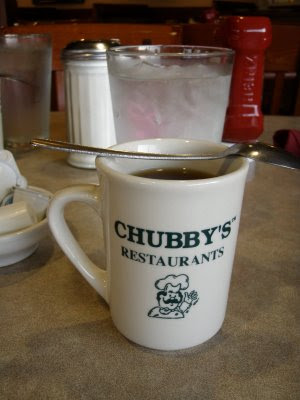 Mug: Chinese-made commercial ware for Chubby's Family Restaurant. What can I say? It's a family restaurant mug. Chubby's is a family-owned chain of local restaurants owned by George, a big Greek guy with an accent so thick you can barely understand him. He hires a lot of Greeks (and a scary looking Macedonian dishwasher who wears combat camo).