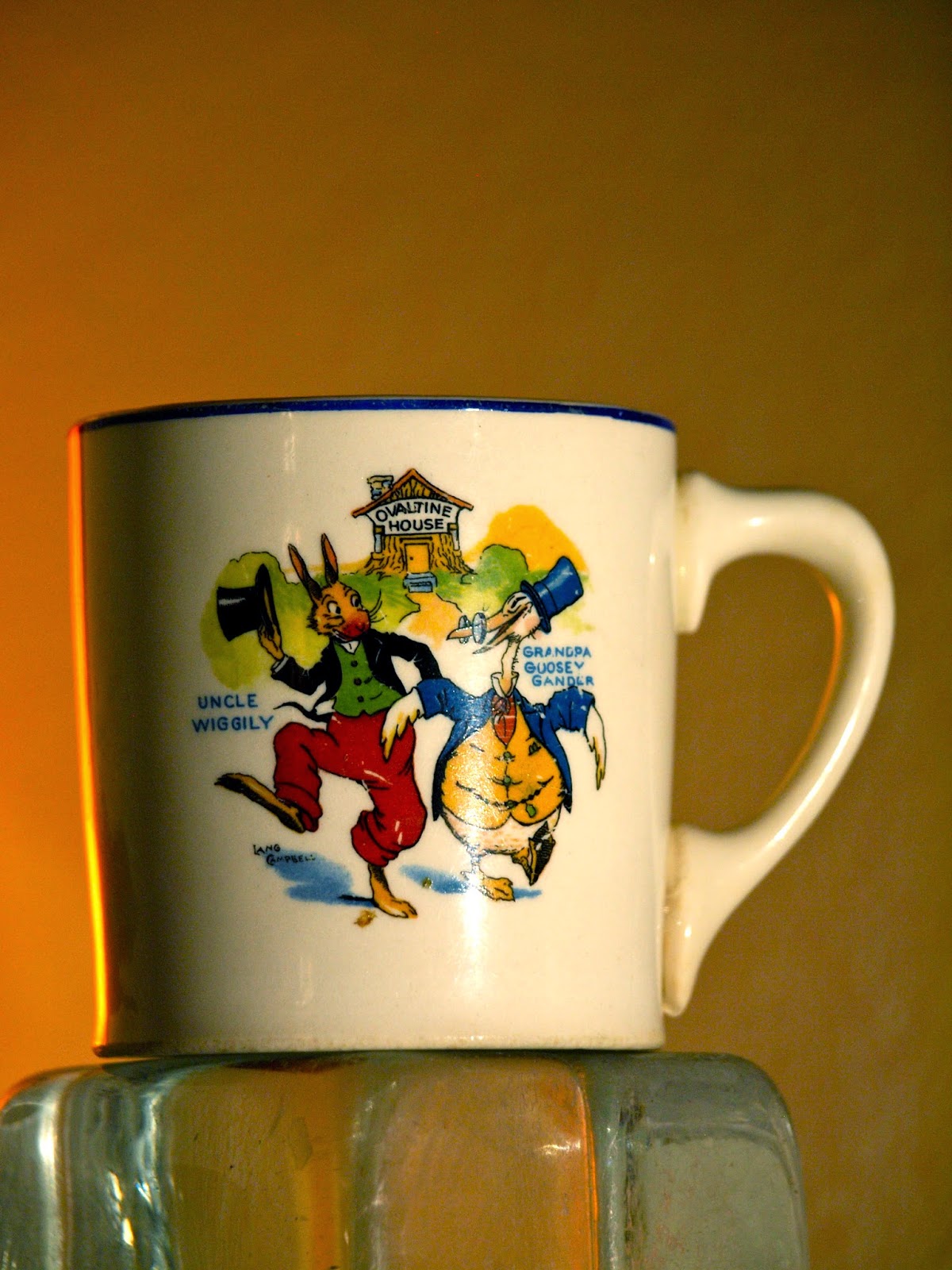 MUG: Uncle Wiggily cup made by the Sebring Pottery Co. Small-sized (six ounces). I'm told that's the size that's in high demand today. This one was made for a child in the 1920s.

NOTES: While I noticed several roasts that were dark and shiny, my mainstays (Colombian and Guatemalan) remain roasted short of the burned stage so popular among the passing. There really isn't much wiggle room in coffee roasts destined for drip/pour-over brewing, but a rather narrow sweet spot.

This cup was produced for the Wander Co. in Chicago, an early maker of the Swiss Ovaltine breakfast drink. Uncle Wiggily was an early 20th century cartoon book series, created by Howard R. Garis. 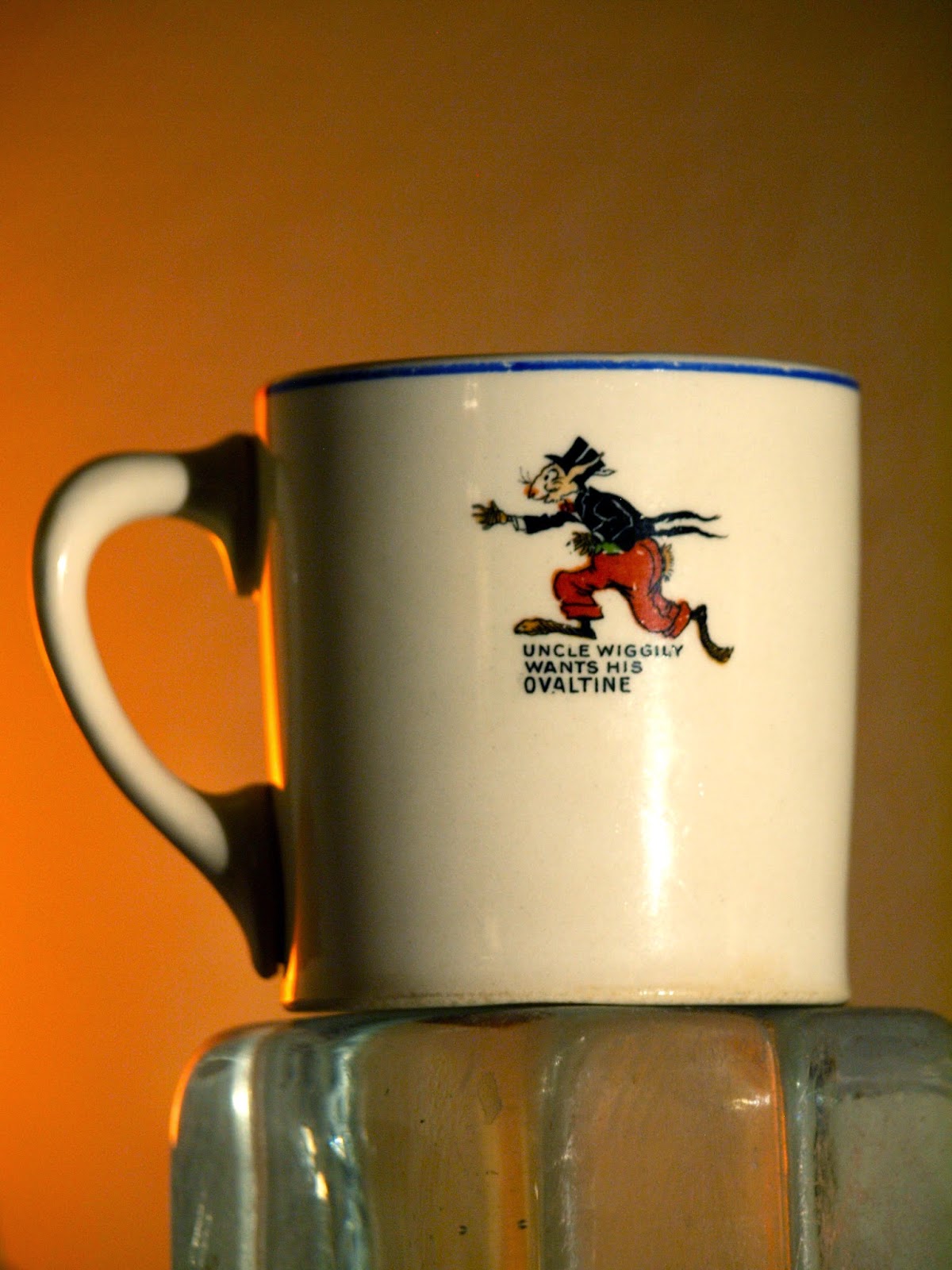